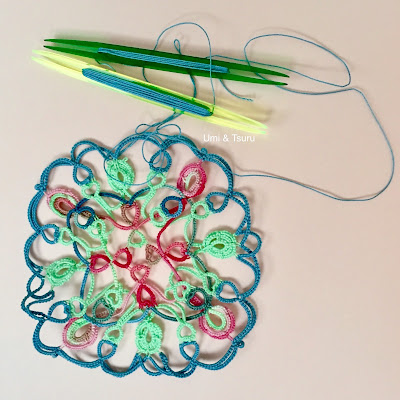 How many times can you repeat a mistake?
More than once . . .  as once was not enough to teach me a lesson. The last two rounds should be tatted simultaneously so that the chains can intertwine.

Anyway my mistake gave me a chance to whip out my Celtic shuttles. I just wish these Celtic shuttles were more like the normal shuttles as the threads kept unravelling when I dropped the shuttle.

Yes, it was definitely fiddly but it was an interesting tat.  In this photo, the colours in the left motif looks more soothing while the right looks more striking. 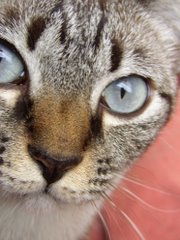 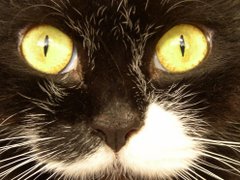